skip to main | skip to sidebar

Zen and the Art of Corporate Productivity , Business week

For Dave Jakubowski, vice-president of business development for Internet service provider United Online (UNTD ) Inc., the job isn't what it used to be. Instead of an unlimited expense account and stays at the plush Chateau Marmont, the 31-year-old Manhattanite now brown-bags his lunch and stays at a Hyatt when he's in Los Angeles on business. He logs 18-hour days to help his Westlake Village (Calif.)-based company hit its quarterly sales targets of around $8 million. How to cope? Jakubowski is no breathe-like-a-tree kind of guy. "I'm in business," he says, "and I need results." So he recently turned to a mat and 60 minutes of silence. "It's amazing," he says of his new meditation practice. "I'm able to sort through work challenges in this state of calm much faster than trying to fight through it. And I make fewer mistakes."
Increasingly, the overstretched and overburdened have a new answer to work lives of gunning harder for what seems like less and less: Don't just do something -- sit there. Companies increasingly are falling for the allure of meditation, too, offering free, on-site classes. They're being won over, in part, by findings at the National Institutes of Health, the University of Massachusetts, and the Mind/Body Medical Institute at Harvard University that meditation enhances the qualities companies need most from their knowledge workers: increased brain-wave activity, enhanced intuition, better concentration, and the alleviation of the kinds of aches and pains that plague employees most.

It doesn't hurt that meditation has some high-profile corporate disciples, including bond-fund king William H. Gross, of Newport Beach (Calif.)'s Pacific Investment Management Co., who often meditates with yoga before a day of trading at his $349 billion money-management firm. Tech outfits like Apple Computer (AAPL ), Yahoo!, and Google, which already offers an organic chef and an on-site masseuse, are also signing up. So are white-shoe, Old Economy outfits like consulting firm McKinsey, Deutsche Bank, and Hughes Aircraft.

There are no hard numbers on how many companies have added meditation benefits, but the anecdotal evidence is mounting. And it's no surprise that more employers are seeking a new corporate balm. The National Institute for Occupational Safety & Health finds that stress-related ailments cost companies about $200 billion a year in increased absenteeism, tardiness, and the loss of talented workers. Between 70% to 90% of employee hospital visits are linked to stress. And job tension is directly tied to a lack of productivity and loss of competitive edge. "Stress is pretty much the No. 1 health problem in the workplace," says Eric Biskamp, co-founder of WorkLife Seminars in Dallas, who has begun teaching one-on-one meditation skills to executives at Texas Instruments (TXN ), Raytheon (RTN ) and Nortel Networks (NT ).

Meditation quiets mental chatter, explains coach Tevis Trower of New York's Balance Integration Corp., which develops meditation and yoga programs for large corporations. "It lays the foundation for better decision-making and communication," she says. Adds Viacom (VIA ) International Inc.'s manager of work/life and training, Lisa Grossman: "These programs sound a little out there. But they have a positive impact."

Sometimes meditation classes are offered as a gesture of thanks for a job well done. Consider AOL Time Warner Inc., where the sales and marketing group was reduced from 850 to 500 people three years ago. Meditation classes were incorporated to help employees deal with the new 12-hour days.

Other companies have added classes to help break up the drudgery of day-long meetings. AstraZeneca (AZN ) Pharmaceuticals in Wilmington, Del., now offers three meditation courses aimed at energizing its 5,000 employees during and after marathon powwows. "We usually had a coffee and a Danish on our meeting breaks and would go right into a sugar slump," says spokeswoman Lorraine Ryan.

The icing for companies is that meditation programs come cheap. "Everybody is dealing with limited dollars," says Grossman. "It's important to keep things going when times aren't so good." So employees can breathe easy: This is one perk that isn't likely to get axed.

By Mara Der Hovanesian in New York
Posted by organised by UrbanEdgeYoga at 10:52 AM

Chant and Be Happy

In this present age quarrels take place even over trifles, and therefore the sastras [scriptures] have recommended for this age a common platform for realization, namely chanting the holy names of the Lord. People can hold meetings to glorify the Lord in their respective languages and with melodious songs, and if such performances are executed in an offenseless manner, it is certain that the participants will gradually attain spiritual perfection without having to undergo more rigorous methods.... all people of the world will accept the holy name of the Lord as the common platform for the universal religion of mankind.

The earth is the property of God, but we, the living entities, especially the so-called civilized human beings, are claiming God's property as our own, under both an individual and collective false conception. If you want peace, you have to remove this false conception from your mind and from the world. This false claim of proprietorship by the human race on earth is partly or wholly the cause of all disturbances of peace on earth.
Foolish and so-called civilized men are claiming proprietary rights on the property of God because they have now become godless. You cannot be happy and peaceful in a godless society. In the Bhagavad-gita Lord Krsna says that He is the factual enjoyer of all activities of the living entities, that He is the Supreme Lord of all universes, and that He is the well-wishing friend of all beings. When the people of the world know this as the formula for peace, it is then and there that peace will prevail. 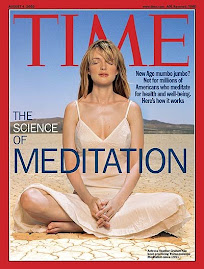 Meditation is being recommended by more and more physicians as a way to prevent, slow or at least control the pain of chronic diseases like heart conditions, AIDS, cancer and infertility.

"The ability to handle stress increases with the practice of meditation. In a culture like ours in which inner, spiritual growth is totally neglected in favor of materialistic pursuits, we might have something to learn from the Hare Krishna devotees' meditational practices."
TodayAuthor The Varieties of Meditational Experiences

"It is as necessary to a life of growth as regular brushing is to dental hygiene." 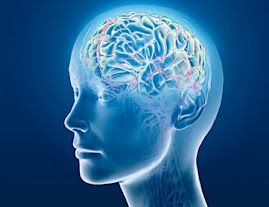 Recent research has shown that meditation is good for the brain. It appears to increase grey matter, improve the immune system, reduce stress and promote a sense of well being. However, according to a study published today in the online edition of the journal PloS Biology, meditation can also affect attention. The study's lead author, Richard Davidson, professor of psychology and psychiatry, University of Wisconsin said this was the first study to examine how meditation affects attention, which shows that attention is a flexible, trainable skill which can change with practice

organised by UrbanEdgeYoga
We are the organisers of InSpirit - A spiritual festival ! Join us for special events with Devamrita Swami. Contact us at urbanedgeyoga@gmail.com for our weekly events.